This is the First AA Pamphlet that was published by The Alcoholic Foundation in April 1940. The only other publication of literature released by Alcoholics Anonymous before this pamphlet was The First Printing of the First Edition Big Book in April 1939.

The content inside this pamphlet includes the articles written by Larry Jewell, a newspaperman and AA member that sobered up in Ohio in December 1939 with the help of Dr. Bob Smith and Clarence Snyder and then he was promptly put on a train to Houston, Texas in January 1940 due to health issues.

Larry Jewell on the train with his Big Book had a Spiritual Awakening and was inspired to write six articles about Alcoholics Anonymous. These articles have been known as the Houston Press Articles. Upon Larry J.’s arrival in Texas, he brought his articles to The Houston Press and had them published in the January 27th release of the newspaper. 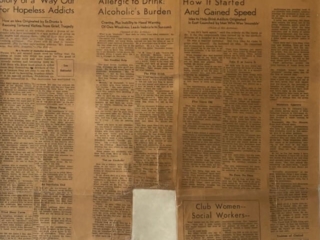 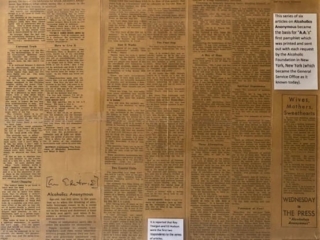 AA cofounder Bill Wilson in New York City was so impressed with the articles that he immediately had the articles published in this pamphlet by the Alcoholic Foundation in April 1940. There were very few of these printed in April 1940 and are extremely rare.

Here are some images of an original April 1940 AA Pamphlet: 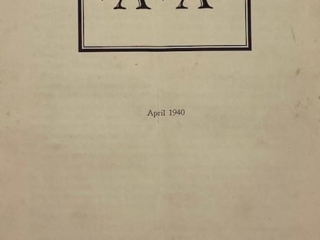 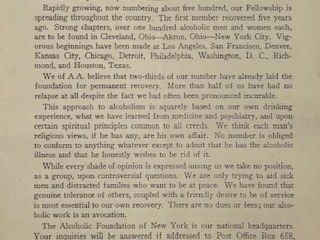 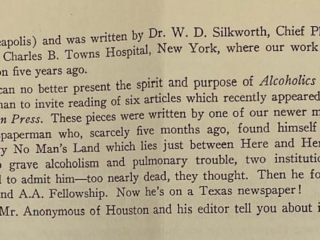 We can no better present the spirit and purpose of Alcoholics Anonymous than to invite reading of six articles which recently appeared in The Houston Press... Let Mr. Anonymous of Houston and his editor tell you about it- 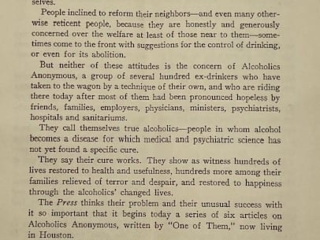 This Editorial appeared in the Houston Press in January 1940. 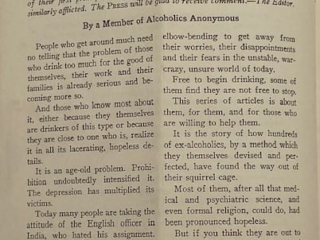 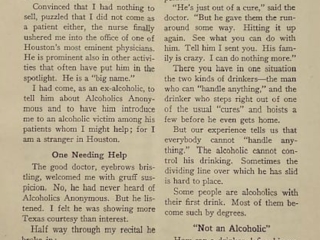 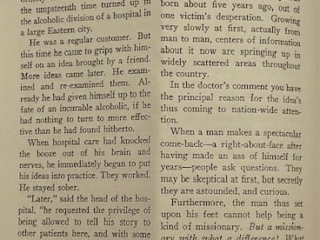 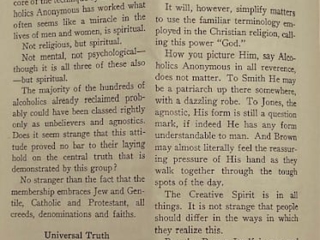 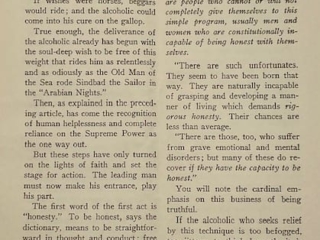 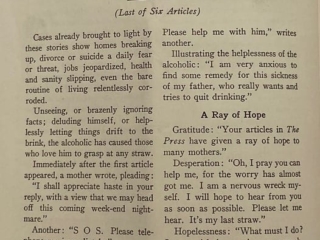 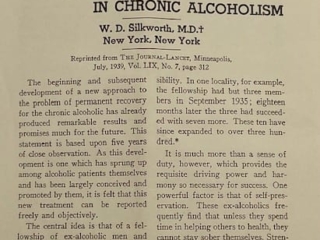 A New Approach to Psychotherapy in Chronic Alcoholism by Dr. Silkworth

This pamphlet was printed again in more volume but still a very limited quantity in June 1940 as they ran out quickly. This was at a time that there were very few members of Alcoholics Anonymous as there was not a large increase in membership until March 1941 with the release of the Jack Alexander article in the Saturday Evening Post.

There are a wide variety of similar Early AA Pamphlets available on RecoveryCollectibles.com

The Recovery Speakers team is able to carry the message solely on donations and occasional collectible literature sales. Please consider a donation.

Previous articleHolidays During A Pandemic: When Do Comfort Escapes Become Addictions?
Next articleRay H, of Des Moines, IA at Rapid City, SD in August 1955

Lois Wilson: A Leader to Learn From

Subscribe to get the latest news, offers and special announcements.

Keep it simple... Get the RS Newsletter!

Get our daily featured speakers, keep up with the latest posts and info and stay connected to Recovery Speakers.